Aconite is traditionally used for the symptomatic relief of the early stages of the inflammatory process such as fever, dry, short & hacking cough, colds, influenza, earache, vomiting. Aconite suits symptoms that come on suddenly; often during the night, after exposure to dry, windy weather or after a fright.

This remedy has been described as a storm with sudden onset and sudden dissipation / a storm in the vitality of the person. It produces turmoil in the circulation. Symptoms come on suddenly during the night after exposure to cold dry wind, very hot weather or a frightening experience. Inflammations follow quickly after exposure to wind, fright or shock. Fear is usually a strong feature in the texts and in severe acute conditions the fear may be intense but in more minor conditions it may be entirely absent.

Aconite is mainly used in home prescribing for treating the early stages of colds. It is useful for the first stage of the acute inflammatory process, such as symptoms of fever, croup, colds, influenza, earache, vomiting, diarrhoea, travel sickness etc.

Having been in a near death situation can bring on an Aconite state. It can be very useful for ailments following traumatic conditions like accidents, earthquakes, and fires. Fear and panic after any intense incident. There can be anxious impatience, inappeasable mental agitation and agonising tossing about. Speechless and shaky, trembling speech, shaking hands and limbs, dilated pupils after a shock. Complaints ever since a certain moment or situation especially fright or sudden confrontation with death. Panic attacks, shakes and trembles and wants to run away, numbness and tingling in fingers or down the arms.

Fever and Thirst: There doesn’t have to be a fever at the start of inflammation but if there is the skin is usually dry and hot, the face may be pale or flushes. Coldness and heat may alternate. Fever begins in the head and goes down and there may be sweat on uncovered parts.

Croup that comes on suddenly after exposure to dry, cold wind. They wake around midnight with great fear, a hoarse barking cough and clutching at the larynx.

Diarrhoea: after exposure to cold winds or intense summer heat with restlessness and anxiety.

Eye Injuries: For the shocked feeling and sudden inflammation that follows an injury to the eye.

Haemorrhages are sudden and profuse with bright red blood from anywhere in the body and accompanied by great fear of death and nervous excitability.

Headache: Congestive headache that is worse from motion. Similar to Bryonia but with sudden onset.

Pain: The pain is burning, sharp, stabbing and accompanied by restlessness, anxiety and thirst. They cannot bear the pain or to be touched or covered. Numbness, tingling, prickling formication.

Sleep: Sleep disturbances after a fright or shock; anxiety and fear, tossing about restlessly, nightmares, fear of dark, ghosts, agoraphobia.

Urination: Inflamed bladder and anxious desire to urinate or retention of urine caused by shock.

Restless and anxious, may fear they will die

Predicts the time of death

Repetition of the dose: Aconite may need to be repeated frequently initially.

Follow with: In many cases it can help prevent a relapse if Sulphur is given after Aconite has dealt with the acute symptoms. 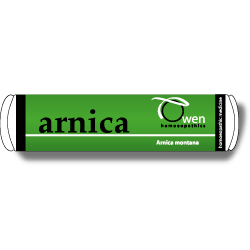