Arnica has traditionally been used for symptoms associated with bruises, accidents and injuries and also pain relief. Arnica may assist with repair and healing in situations such as childbirth, surgical and dental procedures.

Arnica is indicated for trauma and its effects; it is the remedy for accidents, injuries, over-exertion and after surgery or medical procedures with the resulting bruising, soft tissue damage and shock. Ailments that come on after an injury, be they on the physical, mental or emotional level can also indicate this remedy. Trauma that leaves the person feeling stunned with a ‘do not touch me’ attitude – the trauma has wounded them deeply and the thought of anything or anyone coming close frightens them and puts them in defense mode. The body can be oversensitive with a sore, bruised sensation all over, or just the affected part. Arnica is also indicated if the person simply feels ‘as if bruised and beaten.’

The fear of further wounding can put the person in an aggressive defensive behaviour state; they can be easily irritated, quarrelsome, opinionated and angry. As time goes on this aggressive nature may change to passive, sensitive, and withdrawn; they do not want to talk to anyone and prefer to be silent. They insist that they are well despite the injuries. After an accident they can be in a severe anxiety state where they feel they may die instantly and can wake up from sleep with this same feeling; or that something is wrong with their heart.

Eye: Redness and acute inflammations after injury to eye; bruised sore feeling in the eyes after coughing, heat or exertion; stares blankly on waking.

Head: Concussion; headaches with a bruised feeling, especially after a blow to the head; heat or coldness in various spots on the head; contrasts such as burning headache and cold body. The brain feels sensitive from brushing hair. Pain as if a nail being driven into the brain or a nail imbedded in the temples. Pains in the morning after waking that last till 10 am or 3-8pm. Pain as if the head was being pushed from inside outwards. Bores head into pillow when asleep; jerking head during sleep. Great need to scratch head.

Chest: Bruised aching sensation in chest or may have stitching pains worse for walking. Holds chest during cough, pain as if from sprain aggravated by deep breathing – a ‘bruised and beaten’ feeling.

Pregnancy and Birth: During pregnancy movements of the foetus can cause soreness, nausea and vomiting. Loss of blood, trauma and shock after vaginal delivery or caesarian. Effects of birth trauma on the bladder; retention of urine or involuntary urination. Violent after pains, especially while nursing. Painful, sore nipples.

Extremities: Limbs can feel cold, sore and bruised. Soreness from overexertion with a sprained and dislocated feeling. Twitching, jerking or shaking in extremities. Painful symmetrical eruptions on extremities with redness; varicose veins during pregnancy, varicose inflammation of the foot with blue/yellow spots/marks on thigh.

Sleep: Unable to sleep for 2-3 hours until midnight, the bed feels too hard, overtired, wakes with soreness or heat and must change position frequently. Sleepless and restless when overtired. Vivid dreams, repetitive dreams especially of the trauma or of graves, mutilated bodies, black dogs, being buried alive. Talking in sleep.

Pain: Sore, bruised feeling as if beaten, either all over the body or in the affected part.

Sensations: As if ‘bruised and beaten’. Sensation that the bed is too hard. 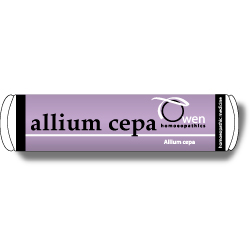