Arsenicum alb has traditionally been used for the symptomatic relief of tummy upsets that result in vomiting, diarrhoea and burning stomach cramps. It may also support the body when experiencing colds that present with weakness, a runny nose, cough and wheezing.

Arsenicum alb can also be used for emotional symptoms where the person is anxious, fearful, restless and very fussy about security, health, order, neatness and specially about cleanliness.

This remedy is known for its deep sense of insecurity in respect to disease and death. There is a feeling of vulnerability and defencelessness which leads people in this state to a strong dependency on other people in the sense that they like to have someone around them for reassurance and support in case something happens. Fear, fright and worry play a big part in the remedy and play a part in the fussy, fastidious nature that is in part an effort to control the environment keeping it very neat and clean. Complaints may come on when at the beach.

Someone who may benefit from Arsenicum may feel mentally restless. This mental restlessness is worse at night and the fact that they can’t find anywhere to rest exhausts them. Anxious thoughts of death, or that their condition is incurable dominate their mind especially when they are alone or when they go to bed, worse after midnight. They may experience great exhaustion after small tasks. The person may be nervous, fastidious, upset about disorder and germs, miserly, over sensitive, melancholic, suspicious, irritable or easily upset. Symptoms accompanied by great weakness and prostration with a rapid sinking of the vital force. They are mentally restless but physically too tired to move. Fears such as death, poverty, disease, being disabled, robbers, and being alone predominate.

Eyes: Burning in the eyes with acrid, burning tears and puffiness. Lids – red, ulcerated and scabby.

Nose: Thin, watery, acrid discharges like egg white or nose feels stopped up. Sneezing without relief; hayfever symptoms that are worse for the open air and better indoors.

Chest: Constricted airways and thick mucus with difficult breathing. Respiratory symptoms with anxiety and fear of suffocation makes lying down impossible. Worse around or just after midnight, worse for summer colds, laughing or lying in bed. Hay fever and constricted airways from allergies. Whistling, wheezing breath. Suffocating catarrh in the lungs and shortness of breath. Burning and darting pain through the upper chest.

Back: Weakness in lower back, drawing inwards of shoulders, burning type pain in the back.

Stomach and Abdomen: Diarrhoea and vomiting with burning pains. The abdomen is swollen, painful and worse for coughing. Complaints come on after cold fruits, ice cream, ice water, alcoholic drinks or strong cheeses. Diarrhoea after eating, after anxiety or at the seashore. Cannot bear sight or smell of food; very thirsty for small sips. Burning pains. Craves milk. Useful for travel where the body needs to adjust to changes in water and food. Very sensitive to food that isn’t entirely fresh.

Sleep: Disturbed, anxious sleep with dreams full of cares and worries. Sleeps with the head raised and with the hands over the head.

Temperature: High temperature when unwell while feeling extremely chilly. They hug the heater or a hot water bottle despite their burning pains.

Thirst: Unquenchable thirst and a very dry mouth; prefers drinks at room temperature and only in sips.

Worse: Between 1-2pm or 12-2 am; after exertion; during change and uncertainty; seashore; for eating watery or cold foods or drinks; or for eating bad meat.

Repetition of the dose: May need repeated doses 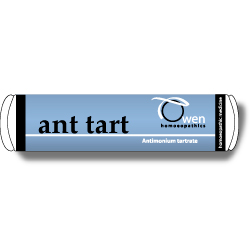 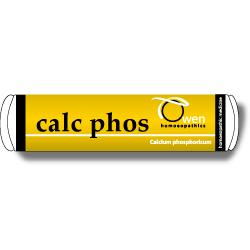