Calc carb is a great children’s remedy that has traditionally been used to support growth especially when teething is quite slow and distressing. Children who may benefit from this remedy tend to be chubby, slow to learn to crawl or walk, and their heads often sweat during naps or sleep at night. They can become very stubborn, prone to tantrums, have many fears and suffer nightmares and dream of monsters. Calc carb may also help for symptoms associated with having worms. The patient has a feeling of crawling and constriction in the rectum with ravenous appetite and diarrhoea of undigested food.

Calc carb is also helpful for emotional symptoms when there is great fear of contagion with a need to withdraw and a sense that they don’t have the support that they need. Fear that something bad will happen.

Calc carb is a great remedy for children as it supports growth and calcium metabolism.  Improper assimilation of calcium can lead to problems of the glands, bones and skin.  Calc carb kids tend to be pale, chubby and clumsy.  Babies who need this remedy tend to be chubby, slow to crawl or walk, and their heads are often sweaty after sleep.  It is especially indicated when teething is slow and distressing.  Calc carb has a resonance with adults who tend to be fair, overweight, with a cold, soft handshake, and curly hair that tends to be damp with sweat after sleeping.  They tend to suffer mental and physical complaints due to overwork, worry, fright, poor nutrition, ageing, alcohol or strains.  Calc carb types suffer frequent coughs, colds and swollen glands, especially at times of sudden growth.

Well-organised and methodical when feeling well, but when sick feeing dull, uninterested and easily tired.  Overwhelmed by overwork and worries about all their responsibilities and duties.  Can become easily discouraged and depressed, despairs ever getting well again.  Poor memory, many fears, with apprehension increasing towards nightfall, and overly concerned about others.  Anxiety worsens around twilight.  Stubborn, whinging tantrums in young children, who may suffer nightmares, especially of monsters.

Often overweight with soft, pale complexion and lethargic manner.  Hands often feel lifeless and lacks grip.  There may be a sour odour to the body.  Large head, large features, chalky pale skin.  Babies may be slow in teething and learning to walk.  Teething causes complaints such as sour diarrhoea.  Children may look emaciated, with a large head and abdomen.

Head:  Pressing pains or heavy aching in various parts of the head, made worse by reading or stooping.  The pressure pain is felt from inside radiating outwards.  The pain seems to be restricted to one part of the head at a time.  In a child, the head is often sweaty after sleep.  In an infant, the fontanelles are often slow to close.  Cradle cap of infants.

Eyes: Disturbed vision with spots, shadows etc. making vision unclear.  Vision affected by straining the body, mind, reading or after dinner. Aching pains in the eyes or feeling of grains of sand in eyes.

Skin: Small warts on arms and hands. Nettle rashes which disappear in cold air.  Itching and various erruptions of the skin.

Female: Menses too soon, profuse or lasts longer than usual.

Extremities: Cramps in calves at night.

Poor diet and nutrition.  Loss of appetite when overworked, thirsty for cold drinks.

Temperature:  Excessively chilly, and sensitive to the cold.  Head is often sweating, especially during sleep.  Feet sweaty and offensive. 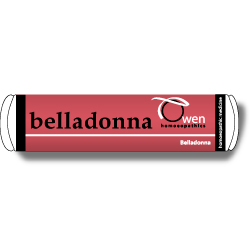