Skip to Main Content
Back to Homeopathic Books/DVD
Sale!

Homoeopathy for the Home Prescriber Book

This book is written to provide information and support for the homoeopathic home prescriber. Homoeopathic remedies can be used for the self treatment of every day simple ailments such as bumps and bruises, bites and stings, colds, coughs, tummy upsets, study and exam problems and many more.

Choosing a remedy to suit the entire person rather than just for a few symptoms is known as Constitutional prescribing. Uncomplicated problems are usually treated very effectively with home prescribing but for recurrent and stubborn cases, Constitutional treatment by a Homoeopath will result in a deeper, more sustained result. Chronic long-term illnesses that can be treated include ailments such as insomnia, constipation, menstrual disorders, acne, eczema and sinusitis. A medicine prescribed by your Homoeopath covers the state of mind, as well as physical complaints.

This fabulous and inexpensive little book gives you instant access to a wealth of information about commonly-used remedies, symptom pictures and a Materia Medica. A must-have for the home, office, and for travelling. 12,000 of these books have been sold Australia wide. 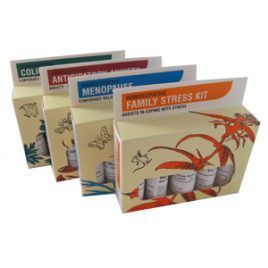 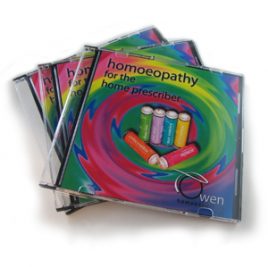 Homoeopathy for the Home Prescriber DVD

We have recorded our popular home prescribing class so that you can watch or listen at home as often as you want or need to. As well as going through the 40 remedies in the Owen Homoeopathics range the DVD … Continued 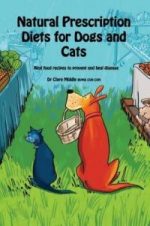 The author, Clare Middle, is an experienced veterinarian who has treated many thousands of dogs and cats in Perth, WA. For over 30 years, Dr Middle has been using acupuncture, homeopathy, herbs and natural diet to treat dogs and cats … Continued 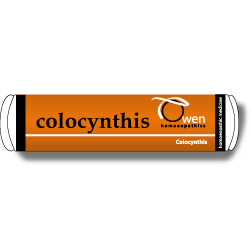