Hypericum has been traditionally used for symptoms associated with nerves and may assist with the healing of injuries such as jammed fingers, bricks on toes, puncture wounds, splinters, bites and stings with long shooting pains. Traditionally Hypericum is known as “the Arnica of the nerves” and when taken after surgery including dental treatment, wounds, scratches and cuts it may support healing. Hypericum is known for its use in nerve injuries.

This remedy has traditionally shown to have an affinity for the spinal nerves and in particular the coccyx. It has been referred to as the ‘arnica of the nerves’ and as such should be considered in all cases where there are injuries to parts of the body rich in nerves especially the sentient nerves such as those of the fingers, toes, coccyx and injuries to the head or spine with oversensitivity to pain. It has also been used for wounds or punctures to tissues.

Nervous system issues after wounds or a fright that leaves the person feeling sad and melancholy. In this state the person may find it hard to concentrate which shows as mistakes in writing or forgetting what they wanted to say. Mental excitement after drinking tea is also associated with this remedy; and may be useful where there is pain from old scars as it supports the nerves to the area.

Head: Feels heavy, as if ‘touched by an icy cold hand’, pulsations of heat and burning on the vertex, headache with sore eyes after a fall; head feels elongated as if drawn to a point; drowsiness; injuries to the eyes. Vertigo with a feeling as if elevated or floating.

Dental: Pains after extraction of teeth or other dental procedures. Toothache better from lying on the affected side.

Stomach: Feeling of lump in stomach; nausea; thirst with feeling of heat in mouth.

Back: Injuries of the spine and coccyx; discomfort/pressure over sacral region; discomfort after instrumental delivery (eg. forceps birth); discomfort after fall; jerking and twitching of muscles. Shooting, tingling, or burning sensations that come on with intensity and go gradually; pains shoot upward from the site of injury.

Pains: The pains are shooting, burning or stinging.  They may appear suddenly and disappear gradually. 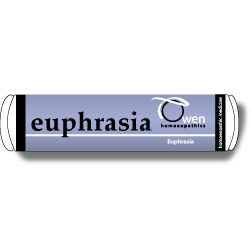