Homoeopathic remedies may be helpful for people who suffer from the symptoms of joint pain associated with rheumatism and arthritis. There are many remedies to choose from and the best results are obtained when you pay careful attention to your particular symptoms and select a remedy based on the symptom picture. 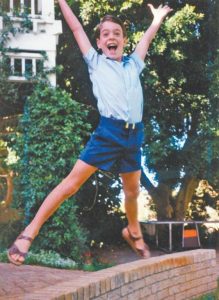 Attention to diet is extremely important with reduction in the intake of acid forming foods. As much as possible take whole foods to maximize the availability of vitamins, minerals and other important substances used by the body to support repair and maintainenance of healthy joints. Including herbs such as Dandelion, Sage and Nettle in your diet may be useful for their healing properties as well as the abundant supply of nutrients they contain.

The following remedies may help to relieve symptoms and possibly stimulate healing however you may need to consult a homoeopathic practitioner to choose the correct remedy for a long lasting healing result. We also have a 5 remedy Pain Relief Kit.

Arnica: May assist in the symptoms associated with muscular rheumatism made worse from exposure to cold, damp and after over-exertion where limbs ache and feel as if bruised and beaten. Worse from movement and fear of being touched.

Arsenicum: May be useful for symptoms associated with sciatic pain that presents with the following characteristics – worse around midnight with restlessness, anxiety and better from warmth. May also assist in the management of burning pain down the leg and/or cramping in calves.

Bellis perennis:  May assist in the management of injuries and muscular soreness in tissues deep in the body where pain remains despite administration of Arnica. Gardeners backache from bending and stooping.

Bryonia: Stabbing pain which is much better from staying very still, from pressure and lying on the painful part. Lumbago. Pain worse from slightest movement. Irritability.

Colocynthis: Symptoms caused by contraction of muscles, cramp-like pain in hip or from hip to knee, better for pressure and heat. Numbness with pains. Worse for cold.

Hypericum: Has a great affinity for the nerves and as such is indicated in symptoms of nerve pains with sharp, shooting or tingling sensations. It has also been used for symptoms of pain in the coccyx.

Ledum: Gouty rheumatism that starts in the lower limbs and ascends. Stinging, tearing pains that shoot all through the foot and limbs and in joints, especially in the small joints.. Better cold compresses. Cracking of joints, worse for the warmth of the bed.

Rhus tox: Pain and stiffness from over-exertion, getting wet while hot or being caught in cold damp weather. Worse initially then better from continued movement. Cramping, tearing pains in tendons, ligaments and fascia, sciatic pain, stiffness in lower back, worse cold, damp and lying still.. Must move.

Ruta grav: Pain in ligaments and tendons, especially where they meet the bone. Sciatica worse in bed at night, the pain extends from the back to the hips and thighs. Spine and limbs feel “as if briused”. Pains and stiffness in wrists and hands.

Always read the label. Homoeopathic principles should be applied when using any homoeopathic remedy. If symptoms persist consult your health care practitioner promptly.

Register now for our upcoming

View all Products in this Category